Self-Publishing Success Stories You Need to Hear About

It goes without saying that the ebook market is evolving and this trend brought along another interesting phenomenon in the digital publishing industry named self-publishing.

However, this is not a new thing. It’s the technology that has changed over the years. Publishing their own ebooks has never been easier for authors. Self-publishing has become a vital part of the publishing industry and has proven to give many writers a jump start in their career. There are quite a few successful self-published authors out there who actually can make a living off doing that.

Indie publishing lets authors achieve a much greater earning potential and allows them to write whatever they want finding niche audiences with their books. This article introduces you to some of PublishDrive’s own self-publishing success stories as well as famous writers who have really made it.

Fantasy author Joseph Malik has been writing for decades before he turned to self-publishing. After 15 years of collecting rejection letters, he self-published the Dragon’s Trail, that rose to the bestseller lists. Read our whole interview with him here.

While self-publishing is mostly present in the anglophone market, there are some authors who are able to be internationally successful. Romance writer Jean Joachim publishes translations of her books in Spanish and Italian. Self-publishing made it possible for her to achieve international success without giving up her rights. Read our interview with her here.

Self-publishing made it possible for non-fiction authors to aim big as well. PublishDrive author Kendall Harrison has shared her experience with us regarding writing cookbooks. Read the whole article here.

It is a mystery that children’s books work well only as traditionally published books. Darcy Pattison runs her own small indie publishing house to self-publish children’s books. Read here about her experience.

(If you are a PublishDrive author who wishes to be included in this article, please contact Zsofia Macho.)

Authors who were rejected and then became successful self-publishers

Many self-published authors got rather successful after they were turned down by a traditional publisher. Michael J. Sullivan’s story was just like that. He wrote for ten years in a variety of genres, but no publisher was interested to publish his books, so he ended up quitting writing. A few years later he wrote a fantasy series and self-published it.

Amanda Hocking’s success story is also interesting and worth knowing: She wrote 17 novels while working at a full-time job. She self-published them all as ebooks selling more than a million copies.

Ashwin Sanghi, the author of bestselling novels such as The Rozabal Line,has also turned to self-publishing after being rejected by dozens of publishers. Unwilling to give up on his dream, he decided to go to the self-publishing way, and the book is now a bestseller.

And the list can continue with many more examples of authors becoming successful self-publishers. And they all have one thing in common: they are confident in their work and agree that indie-publishing is the future. Nothing proves this better than some statistics: 40% of all ebook revenue is going to indie authors, and self-published books accounted for 31% of all ebook sales in the Kindle Store in 2014. According to the trends in 2016, indie books represent 27% of books on Amazon’s ebook bestseller list. 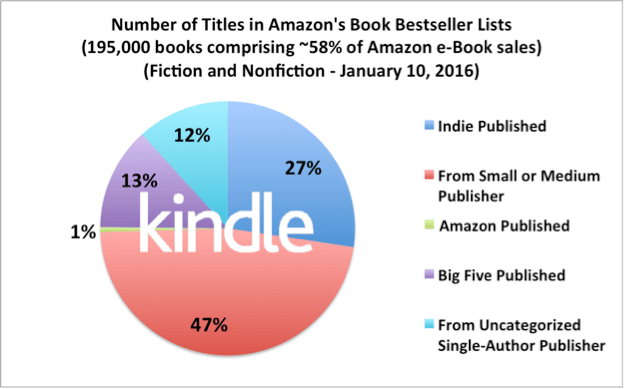 Three authors who made millions by self-publishing

In the following, we collected three writers who have become not only successful but also got quite wealthy after turning to self-publishing.

First, meet Amanda Hocking, a writer of paranormal fiction who started her writing career as an unknown author and has become a bestseller when deciding on self-publishing on Amazon Kindle.

But the road to success wasn’t easy for her. She had a day job caring for disabled people to make ends meet and a night job when she was writing until dawn. By 2010 she had a total of 17 unpublished novels all of which have been rejected by book agents and publishers. At that time she was out of money and frustrated having spent years trying to interest traditional publishers in her work. 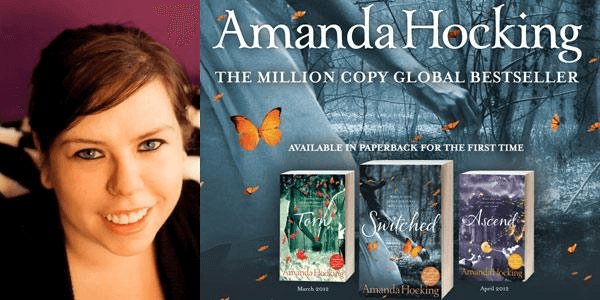 A few days after publishing her vampire novel, My Blood Approves, on Amazon’s website, she started selling nine copies a day. A few weeks later she published three further books to the series. Sales went up to more than $4,000 followed by $6,000 in pure profit, so she ended up quitting her job.

Being a self-published author and her own boss allowed her to set the prices of her books. She decided to sell the first book of the series for 99 cents to attract readers and then she increased the price to $2,99 for each sequel. However, this is still much lower than the $10 charged for printed books she was able to keep a much bigger royalty (30% for the 99-cent books, 70% for the $2,99 editions) versus the 10-15% publishing houses would pay her. Later on, she decided to sign a deal with two publishers in the US and UK which proves that traditional and self-publishing can live in harmony.

Rob Dirks self-published his first science fiction novel, Where the Hell is Tesla?, and it got sold 10,000 copies in the first twelve months after being rejected by publishers. He claims it wasn’t luck and here are five things he learned from it:

Write your best book: give it a time, do your homework, hire professionals if you need help and make it exceptional.Build your platform: connect with readers, use social media, email list to build your audience.Website: if you are going to self-publish a book, you will need a website where your readers will be able to contact you. Having a website is also a great way to spread the word about your work and connect with fans. Here is his website: RobDircks.comSocial media: his advice is not to overdo it, just stick with the ones you think is necessary and you feel right for you. Let’s say you have graphic novel which is very visual, then use Facebook and Pinterest. If it is a non-fiction use Twitter. For example, John Scalzi (@scalzi) is a successful sci-fi writer with a huge Twitter fan base.Amazon author and book pages: if you decide to self-publish on Amazon, use everything they have. Put keywords list on your book sales page on Amazon, use key phrases in your book description. In one word: take advantage of simple features that can help your books get discovered.Email list: grow your email list by starting blogging, posting, tweeting and use a software like MailChimp to manage your email list and build campaigns.Book reviews and exposure: he looked up reviewers on Amazon, Goodreads and reached out to provide a review in exchange for a complimentary copy of the book.Promote your book: he used paid advertising such as Facebook/Instagram ads, Google Ads, Amazon ads. He ran paid ebook promotions through book promotion sites that send out daily emails to their subscribers such as BookGorilla, FussyLibrarian, BargainBooksy, Booksends, Ereader News Today.Record an audiobook: according to Rob, there are lots of options for getting narrators and producers to help you record an audiobook. Audiobooks continue to be on the rise with 148% sales growth from 2010 to 2015 and audiobooks can be a significant percentage of your sales.

Arguably the most well-known self-publishing success story is E.L. James’ 50 Shades of Grey trilogy. She self-published the first book in 2011 as an ebook and print (on demand paperback) through an independent publisher. What began as Twilight fan-fiction, soon became a world-known bestseller. 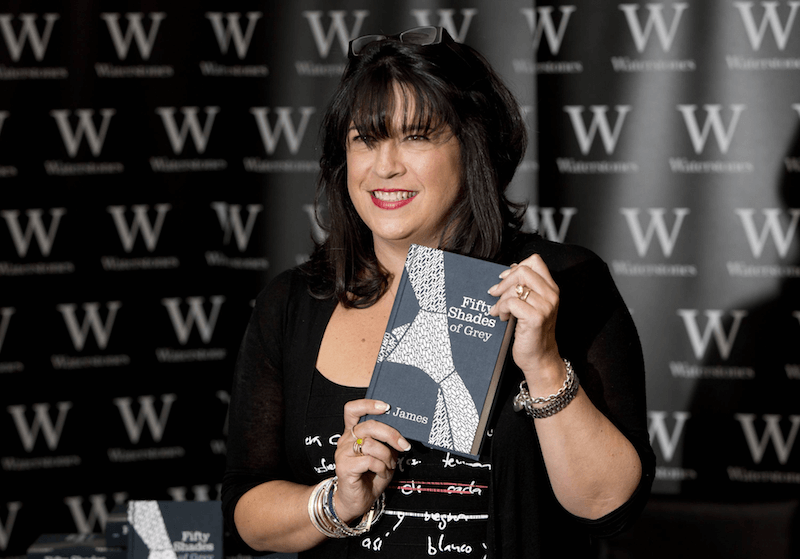 Despite the mixed critical responses, Fifty Shades of Grey alone has sold over 100 million copies worldwide, and the book holds the record for the fastest selling paperback which made her the richest of self-published authors.

She already established a following of fans by offering her writing for free on websites. She had readers who wanted to read more, so she wrote more. Remember, you need to build a reader base and to get that you need to give away some writing for free and then publish.

When you self-publish, you get to be the boss. You get to decide everything related to your book from editing, through designing and formatting all the way to promoting and distributing.

Remember: all the hard work will be worth it when your self-published book is finished, and you’re an official published author.